[en] Why not to vote for a President.

END_OF_DOCUMENT_TOKEN_TO_BE_REPLACED

[en] How about having some fun browsing search key phrases stats using an appropriate web server log analyzer like AWstats?

Watching AdSense rewards commonly going under 1¢ per click in the last quarter was really dismal. I was seriously considering dropping ads from my sites – at least the pages would be a bit cleaner during economic turmoil.

But looks like it was a standard new-year down-season.

Just checked Today/Yesterdays reports in my Google AdSense and – wow! new record for STEREO.org.ua – a click worth $1.62 on an English-language page was registered yesterday.

Today, in the middle of Saturday, – another nice catch: $0.52 for a click on a Russian-language page.

There are lots of clicks at 1¢-2¢ ea still. But I guess I’d give AdSense some more time to rehabilitate.

[en] Having some SQL fun with a large city's phone directory.

END_OF_DOCUMENT_TOKEN_TO_BE_REPLACED

[en] Advertising experiment held at www.STEREO.org.ua persistently shows double the advantage for English when compared to blogging in Russian.
Everything is virtually twice more effective in English: CTR, CPM, earnings. The only pale thing is CPC with its modest 25% improvement to Russian.

END_OF_DOCUMENT_TOKEN_TO_BE_REPLACED

After a week of non-writing at STEREO website statistics showed Google search’s contribution for traffic diminished somewhat noticeably – by as much as 20% (approx).

This was deduced from observing the proportions of contributions from two of the top 3 search engines topical for STEREO – Google, Windows Live and Yandex.

Yandex is new here, yet it is perceived as important traffic supplier having provided 1/4 of the Google’s traffic during previous two months. This week the distance between the two was shrinking.

BTW “Add to bookmarks” figure in AWstats felt a bit too: from the whopping 36.6% in the beginning of the month to 34% for the 24 days of November. So you rather have a good reason to suspend writing like this.

Small wonder the traffic in general continued to grow as usual, 1% a day on average – this is the momentum at work. 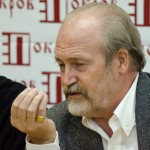 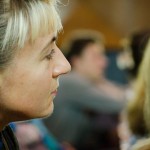 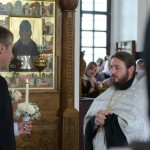