[en] We've seen one bad habit - smoking - been battled by the president-elect Barack Obama. The next one is expected to be mobile email with crackberry. 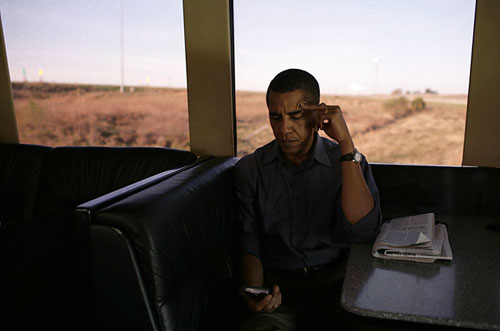 END_OF_DOCUMENT_TOKEN_TO_BE_REPLACED

“Calling Party Pays” (CPP) telecom paradigm looks good at first sight: you can use a premium service of which mobile telephony is a notable example, and still pay nothing for it.

Of course, it’s not completely free – a person calling or texting you pays for both ends of the link: sending of the message by them and receiving it by you. It is the popular impression of freeness which prompted speedier development in early mobile history in Europe compared to North America which has been stuck with MPP (“Mobile Party Pays”).

Now, as the world’s mobile industry matured and new business models with unusual requirements started to emerge, one of the industry’s cornerstones – CPP – seems to be breaking the progress.
END_OF_DOCUMENT_TOKEN_TO_BE_REPLACED

I switch telephone providers every year or so. As MNP (and LNP for that matter) is not available here, I have to switch actual telephone numbers alongside. In spite of that, I try to keep all of my old numbers – gotta like to stay in touch.

Generally that is attainable (however cumbersome and sometimes expensive) by setting up all the “old” numbers to forward calls to my currently active one. In luckier parts of the world, MNP addresses most of the issues. In addition, a new trend – specialized companies providing an attractive service “one phone number for life” – has been put on rails.

On the face of it, the idea seems very alluring. Probably everybody has gone at least once in his or her life through the horrors of a telephone number change by force.
END_OF_DOCUMENT_TOKEN_TO_BE_REPLACED

I wonder if a bluetooth headset exists out there capable of switching between two or more preconfigured mobile phones.

Imagine it like a personal micro-telephone-exchange system: you receive calls at all your mobile phones with a single headset, able to switch between several conversations, possibly connecting them into a super-conference call – all carefree.

Even more fun it’d make having implemented voice control. I’d fancy it wouldn’t be too hard to add some logic for selecting an outgoing cellular terminal based upon called party requested (by voice dialing), time of day, etc.

That would be a perfect solution to the inconvenience of having multiple mobile phones on you.

UPDATE
Looks like there are quite a few multiple-phone bluetooth headsets most notable of which are Anycom BSH-100, Plantronics Discovery series i.e. 640, 645, 655 & Plantronics Voyager 510 (they’ve got “Multipoint Technology” connections), BlueAnt X3 Micro is even capable of switching between 3 phones.
Need to do further research on other features from my wish-list…

A number of visitors to Stereo blog have been found to be looking for info on how much traffic Skype consumes. So I thought I’d publish my personal observations here.

Skype-to-Skype conversation costs me 24 MB / hour incoming+outgoing in sum, with in&out roughly equal.
This amounts to 56 kbps both ways (28 kbps in + 28 kbps out). The vocoder used (voice codec) is usually ISAC, I guess.

When I was using a trick for free Skype-to-phone calls (SkypeOut) I had to employ SOCKS proxy via SSH channel and bandwidth consumption raised up to around 60 MB per hour (1 MB equaling 1 minute of talk) with outgoing traffic about twice as high as incoming.
In/Out traffic disparity in this case is likely due to the nature of SSH technology.
Codec used for SkypeOut: G.729

Note however, these figures are applicable to a “passive node” Skype instance only. If you happen to have your Skype open to the world (if you’ve got loose firewall policies or no firewall at all e.g.) to relay traffic for all the strangers out there, expect the traffic to be like you’re having a few independent Skype conversations simultaneously all the time your computer is on, regardless whether you talk or not.


I’d like to thank Bassra Machine Tools Ltd and especially its engineer Jaz who’s been real fun to work with during all four days at the factory in a Kiev suburb.
Jaz, you’re welcome in Kiev!

EnterEX 2007 seems to prove to be not only the total failure (in terms of mass last-minute revoked participations) after 2006’s peak exhibition performance, but also a host of choice for the world-class scammers.

At last I got it working!
Made my first free call with Skype from a computer in Eastern Europe to US mobile, hit voice mail, called another number, this time in Canada, had a talk.

As it turns out, all you need to make free calls to US or any North American number from you computer is a fast reliable US-based proxy and appropriate egress filtering solution.

However, if you’ve read the previous paragraph carefully you can see that “free” comes at a price.

First, it is in no way trivial to get a reliable proxy, even for money, mind you.
The popular websites talking about easy Google searches akin “open public free fresh fast quality anonymous HTTPS SOCKS proxy US IP” mean only to entertain certain circles of script kiddies and ignorant paranoiacs seeking false sense of privacy.
Just think about it: who on earth (er, in US) in their right mind would set up a public proxy? No really, people who own/rent IP addresses know their responsibilities and definitely wouldn’t buy them just to give them out to strangers on the opposite side of the planet. And if such thing happens by accident (for lack of competence for e.g.) it won’t pass an hour till the victimized IP address gets blocked by an ISP up the road.
“Investigators” wishing to test their luck with intermittent proxies opened by operators’ mistake should be prepared to weed down substantial amount of data mined through Google. Or, it is possible to purchase lists of tested proxies (still I wonder if those proxies are of any usability…) but is it all worth it? Wouldn’t it be of less trouble just to purchase a Skype Credit in the end?

Note one special case though, when foreign proxy comes packaged with the working environment of the user. It is a user’s corporate VPN, or Virtual Private Network.

Now, suppose you’ve got a proxy and anticipate huge savings on calls already. Hold on, here’s the

Second requirement to be met: the Skype instance on your computer must be strictly isolated from the outside world.

Skype is known to be a bit notorious in circumventing all sorts of firewalls it encounters on its way out (and even ways in, though that’s completely different story). In that quest Skype defaults to get to the world by-passing any configured proxies as far as possible, so, deliberately or not, it will most likely reveal you local IP address and you’ll end up banned by Skype network from making free US calls.

The solution to this isn’t free if you’re on Windows. You’d have to either buy and install a third party firewall with good egress filtering capabilities (able to filter outgoing internet connections) or ask an upstream router’s administrator to set up blocking of all outgoing connections from your windows box except those to your US proxy.
The latter is a major headache, I’m telling you. And the former is a plain annoyance as well, given Windows XP built-in firewall (Internet Connection Firewall, ICF, or Windows Firewall) is pretty much sufficient for a common user. Yes, it has no protection against information leakage (i.e. has no egress filtering at all), but one can live with it more or less happily… until he or she decides to call for free with Skype, that is.

Of course, things are easier if you run Skype client on Linux. You just block all outgoing access for a user running Skype with a built-in firewall (inevitably free), which is a good practice for any human user anyway, even without Skype in mind.

Third, be aware that many proxying/tunneling techniques exhibit fairly ample traffic overhead. At least for some user groups this may present a stopping barrier by either raising the cost of use traffic-wise above Skype’s original per-minute rate or by over saturating the network link above its bandwidth heavily degrading voice quality.

In brief, this experiment’s value is rather academic, not utility. Yet in some cases it can be a life-saver, like when you already hold all the infrastructure needed for the process, but, for e.g., can’t buy Skype Credit for any reason.

Note to uninformed: The described above is based on a promo by Skype effective from early 2006 through the year’s end, enabling calls from internet-connected PC’s physically located in the United States of America or Canada to US/Canadian PSTN and mobiles without purchasing “Skype Credit”. 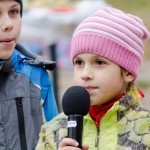 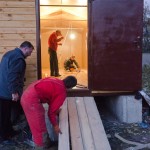 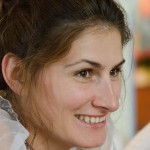